PatriciaandCarolyn.com
Home
Weight Loss
How Much Water Weight Do You Lose on First Week of Diet?

Although your body is composed of many substances, nothing is more essential and pervasive than water. It has a significant role in most of the body’s basic functions.

Since the percentage of water in our bodies changes every day, it confuses many people who are looking to lose weight.

Huge drops on the scale in the first 1-2 weeks of a diet are primarily because of the loss of water. It’s after initial weight loss that water loss reduces.

Before you find out how much weight you lose during the first week of the diet, you need to understand the basics.

Did you know water exists all over your body? It runs from your brain to your feet and everywhere in between. Health experts say that about 55% of an adult female body and 60% of an adult male body is water.

Women mostly have more weight as fat — and this is 50% water, in comparison to muscle, which is 75% water.

What’s the Importance of Water? 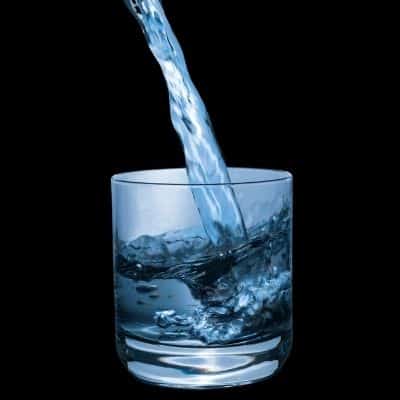 The amount of water in your system tends to fluctuate throughout the day, based on consumption and excretion via perspiration and urine.

You need to drink a minimum of 6 to 7 cups of water daily to perform the integral functions of the body.

And water assists to transport molecules throughout the body, it regulates body temperature, lubricates joints, helps in toxin and waste elimination, and protects tissues.

Water is also the byproduct of cellular respiration.

You can lose up to 20 lbs. of body weight in a single week of dieting, and the highest percentage being water.

However, this water weight loss will only be in the first 1-2 weeks of a new diet or workout routine.

You might lose minimal water in subsequent weeks — several pounds max– and you might even gain back some of that water.

Water loss is usually accelerated at the start of a diet since the body loses excess stored water. Glycogen is the best example of this – it’s a carbohydrate in your liver and muscles.

If the body requires a quick infusion of energy, it taps into these stores.

Our human bodies can store around 400 grams of glycogen. However, each gram of glycogen comprises three extra grams of water stored with it.

And this amounts to 1,600 combined grams of water and glycogen, which equates to 3.5 lbs.

Have you tried a low-carb diet? Then you’ve probably realized the first several pounds practically fall off—primarily because of water weight.

According to health specialists, almost 70% of weight loss is water during the first week you’re on a diet. This rate drops to around 20-30% over several weeks and eventually stabilizes as your body begins dipping into fat stores.

If you consume fewer calories than you’re utilizing, your body tends not to store more glycogen.

So you’re using up your existing glycogen stores, which means water goes with it.

If you often eat salty and carb-heavy meals and then reduce salt and carbs for some days, you’ll be surprised at how much you’re going to pee out in water weight. 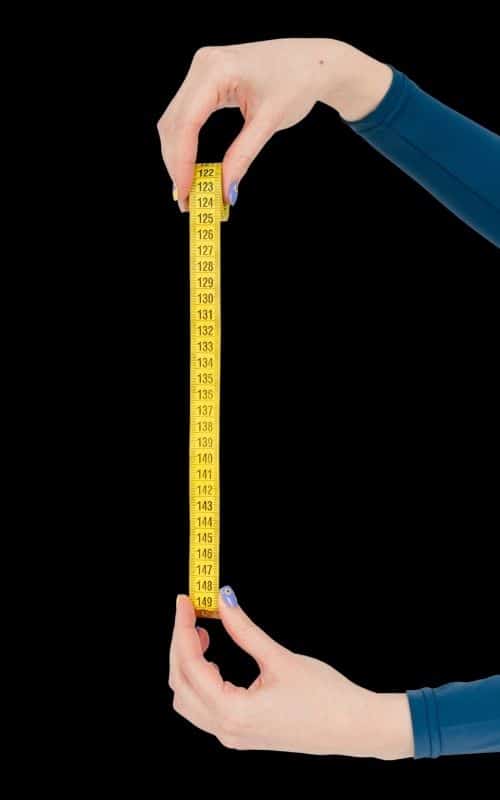 One of the best ways to lose water weight is to eat less processed junk foods (such as chips, pizza, and cookies) and to eat more whole foods—specifically fruits and veggies.

Since highly processed foods are often loaded with salt and carbs, they’re a natural ingredient for water retention.

On the other hand, whole foods consist of potassium, which is a mineral that aids in restoring correct fluid balance in the body.

Potassium is only present in foods like vegetables, fruits, and beans. Therefore, following a plant-based diet is an ideal way to combat unwanted bloat.

It may sound counterintuitive, but drinking lots of water can help decrease water retention – based on research. That’s because your body retains whatever water it possesses when dehydrated.

How much water weight you may expect to lose relies on many factors, such as your body size and composition. Scientists claim that the average person may expect to cut 1-3 pounds in approximately two days.

It’s also worth noting that regular workouts may lead to less water retention because sweating sheds water, sodium, and glycogen.

In case you’re a heavy exerciser, you most probably retain less water compared to the average person. And that’s because we lose a considerable amount of water-binding sodium via sweat.

When you work out you’re also burning plenty of glycogen, which also binds plenty of water.

Have you noticed that your biceps or legs appear extra swollen after an intense bodybuilding exercise? That muscle pump is water weight, and it is a natural element of the healing process.

Your muscles might retain water after exercises to help alleviate inflammation and repair micro-tears that result from the stress of the exercise.

It’s negligible, and the excess water in there usually goes away in 1-2 hours. You like won’t notice any difference in scale the following day.

Can You Use Water to ‘Flush Out’ a Salty Meal?

it’s crucial to stay hydrated to maintain your body’s core functions, but you can’t “flush out” excess sodium from your body by drinking plenty of water.

Your body discharges sodium all in its given time, and a healthier diet plus sweaty exercise can help with the process.

What Else to Expect During the First Week 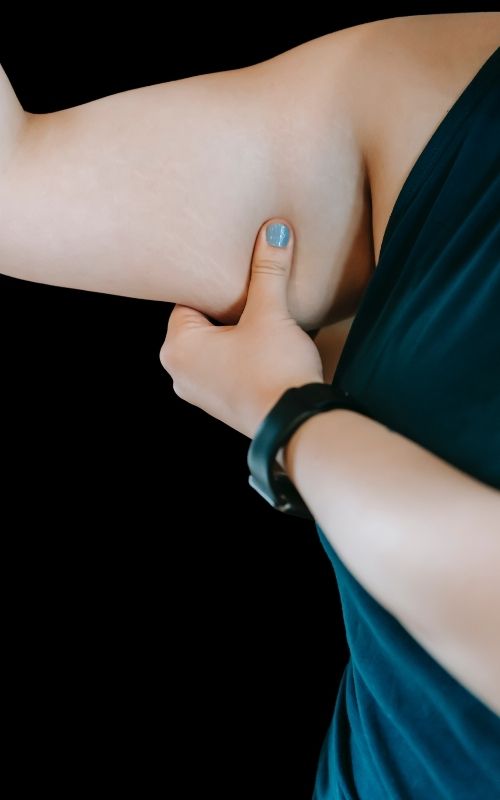 Although most people shed a couple of pounds of water weight during the first few days, the actual amount varies. Still, this is not the only thing to expect.

Below are a few other things you may experience during the first week.

Your weight loss might total from 2-6 pounds, by the end of your first week. However, advise patients to avoid getting hung up on their scale.

They need to take baseline measurements of their upper arms, chest, waist, thighs, and hips. Lost inches are equally as important as lost pounds.

In case their clothes feel much looser, even with constant weight, they’re on the right track.

It’s normal for weight to fluctuate from day to day, so it would be best to weigh—and measure—just 1-2 times weekly at the same time of day.

There’s a diuretic effect with the diet. When water plus electrolytes are flushed from your system, possible effects include light-headedness when standing up or with long exposure to heat, fatigue, weakness, chronic headaches, constipation, and/or leg cramps.

You can easily reduce the chance of encountering these discomforts with a bit of salt and adequate fluid.

Staying hydrated and adding a little salt are essential factors. It’s also best to allow the body to acclimate to this new manner of eating before beginning or intensifying your workout.

A high-protein snack, e.g., a chicken breast, sliced roast beef, or some cheese should help.

Mostly, this dramatic shift occurs around the end of the first week or into the second week. It’s a clear indication that the transition to mainly burning fat for energy has happened.

During your first week of starting a dieting plan, when water weight is lost fast, it can be annoying when weight loss reduces.

But because of water’s constant fluctuation, you can shed fat but gain weight.

You should expect your weight loss to eventually slow down. But don’t forget that after the first phase of a dieting plan, further losses mean more fat loss.

Megan Ayala is a passionate blogger, and parent of two. Her mission is to share the most accurate and up-to-date information with her readers. When she's not busy writing she enjoys spending time with her family, usually doing something active and fun. Learn more about Megan on our Team Page. 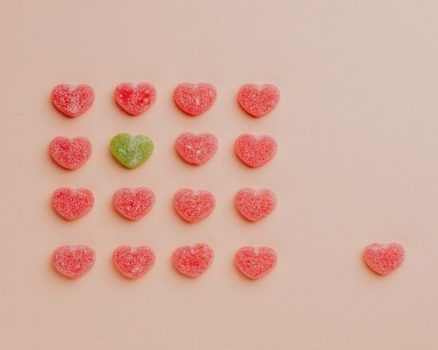 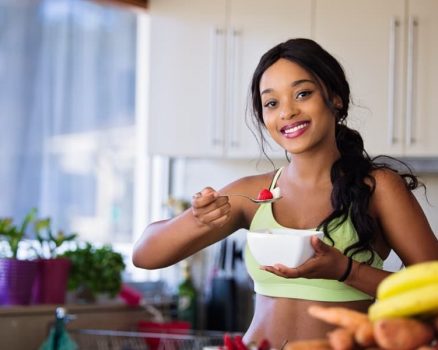 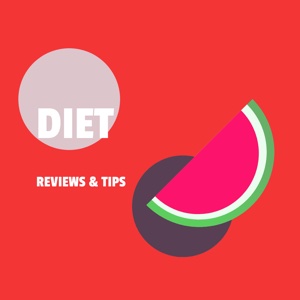 On PatriciaandCarolyn.com you may find links to products and services. This means we may sometimes get a commission through purchases made after clicking links on our website.

The information provided on this site is intended for your general knowledge only and is not a substitute for professional medical advice or treatment for specific medical conditions.